He was second at the S.Pellegrino Cooking Cup 2013, he's executive chef at White Rabbit - one of the most appreciated restaurants in Moscow - and he's the heir to the so called "Russian culinary dynasty". Vladimir Mukhin is one of the most interesting figures of international fine dining. Even more interesting when you consider where he was born, he lives and he works in Russia: a country whose gastronomic traditions are not so renowned.

You come from a family of chefs that has spanned over five generations, did you decide to become a chef right away?

I worked in my father’s kitchen since I was 10. I was attracted to the way he treated products, almost feeling them. When I came of age, there was no question about what to do in life – it was clear, both for me and everyone, that borsch is flowing in my blood. I love the feeling of control over the "ordered chaos" of a restaurant kitchen. And I love my reward – the delight of guests. To me the prestige of the profession is determined by the opportunities and perspectives it brings. I started travelling the world, studying modern technologies, meeting new interesting people (there are so many of them in our profession!). In general, the more I turned to the world, the more it gave me. 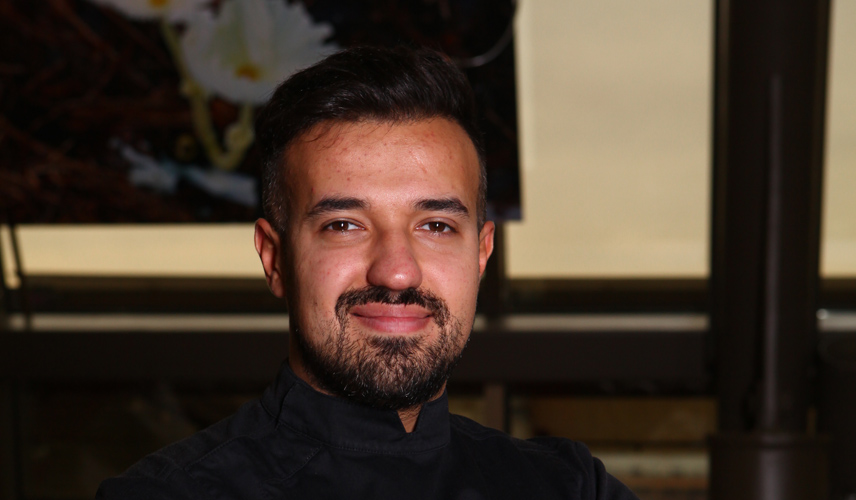 You are part of a new (and young) generation of emerging Russian chefs: what are, in your opinion, the most interesting aspects of Russian dining today?

We must honor traditions and customs of Russian gastronomy in all their diversity. As each class – nobility, clergy, merchants, peasants, - had a different table, it’s difficult to truly understand Russian cuisine in its fullest. It’s also difficult to preserve a clean Russian taste: historically, foreign chefs had a massive influence on Russian cuisine. Today not everyone remembers the taste of genuine Russian dishes.

Your menu has a section dedicated to vegetables (Russian Forest Festival) and another one dedicated to seafood (Seafood from Russia): what are your favorite "local" ingredients?

You revisited a lot of recipes belonging to your family’s traditions, from a book that was passed on to you. How did you decide to re-interpret these traditional recipes? What was the cooking philosophy behind your work?

I use many recipes of my ancestors, it gives me power. I adapt them using modern technologies, for example instead of languor cooking in Russian oven I use low-temperature cooking technique. The key element is to save a proper taste, to transmit it as accurately as possible, making traditional food "more convenient".

Has the recent Russian embargo, and the Russian long distances, triggered problems in your kitchen? If yes, how did you get organized to overcome these problems?

Of course, any restrictions are nonsense! I can only say that they have affected me in the least, as I have already been working with local Russian products for more than five years. On the other hand, there are certain advantages in this situation - we began to develop Russian farms. Have you heard anything about marbled beef from Voronezh? In reality, it is competitive in the global market! I admit, I really miss the Italian Parmesan and French oysters, but I am sure that soon everything will get better and we will have a fresh start of our friendly cooperation.