​There are several prestigious restaurants ratings in the world, by which, considering the views of the most experienced and respected experts, one restaurant’s place in a row can be assigned. But maybe the most important among all of these is British Restaurant Magazine’s top 100 . It is often called "Culinary Oscar", and this name is definitely deserved and speaks for itself. To be rated by this top 100 – is a great honor for every brand, and of course for Moscow WHITE RABBIT restaurant which was rated recently (28 april, 2014). WHITE RABBIT took 71-place, which is a huge success, considering the fact that it was nominated for the first time, and even so managed to get ahead of many famous competitors. It’s worth to mention that one of the best Moscow restaurant WHITE RABBIT is the only russian restaurant rated by British Restaurant Magazine’s top 100 this year. 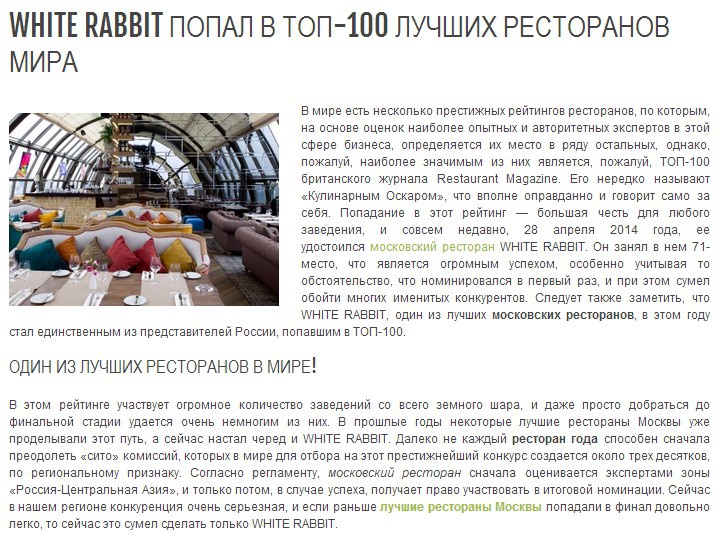