Do not worry, we can assume. Restaurant White Rabbit and his team together with chef Vladimir Mukhin really adorn the 71st place in the list of the fifty best restaurants in the world. All the matter is that the organizers award at some point decided to give publicity to the list of the hundred best restaurants in the world. Lavra was prepared as before, only the first fifty, well, the second half is honored with hundreds to be represented to the public.

Actually, such a seemingly low position of the Russian restaurant was not sad. Just the same the other way around. Firstly: it is the only restaurant in our rankings The World's 50 Best Restaurants this year, in the second: the entire history up to the 48th place was able to get only Anatoly Komm with its restaurant Barbara in 2011th year. So what is to be congratulated Vladimir Mougins, Boris Zarkova and all their bravnuyu team. The fact that Russia is represented gastronomic restaurants of the world speaks only of professionalism of our compatriots. It's not just chefs, by the way. 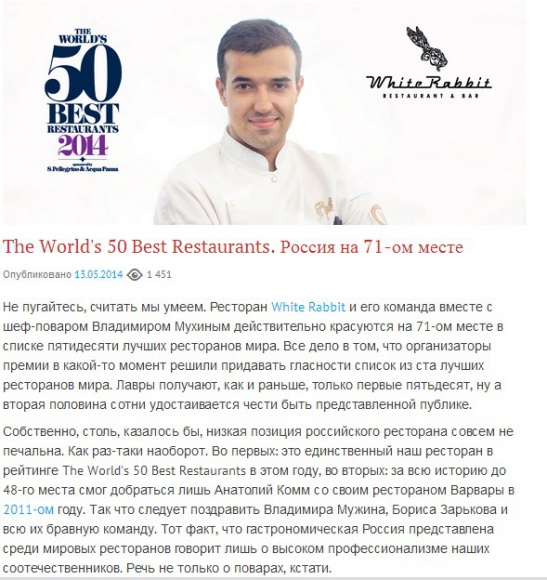 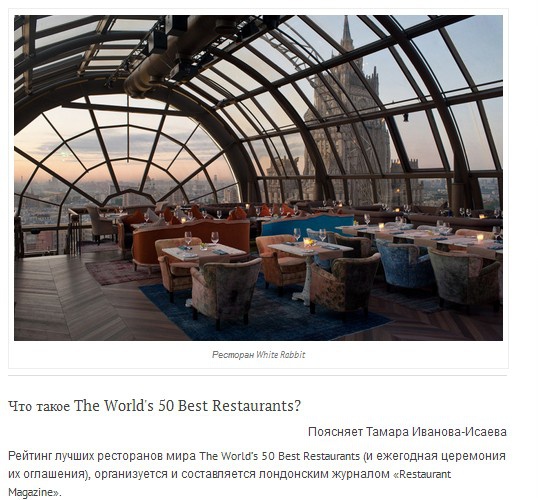 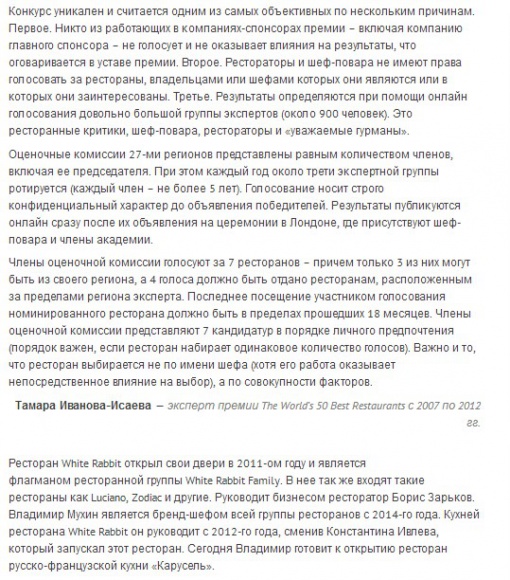