Vladimir Mukhin could be considered to be one of the leading protagonists at the forefront of Russia’s new wave of talented young chefs. He has helped bring restaurant, The White Rabbit, not only into the international limelight with it being ranked No.23 in The World’s 50 Best, but also because this is the only Russian restaurant to feature in the guide.

After successfully winning ‘The Silver Triangle’ competition in 2010 for young cooks in Russia, Vladimir went on to represent Russia in the European championship of young cooks in the San Pellegrino cooking cup 2013 that took place in Venice. 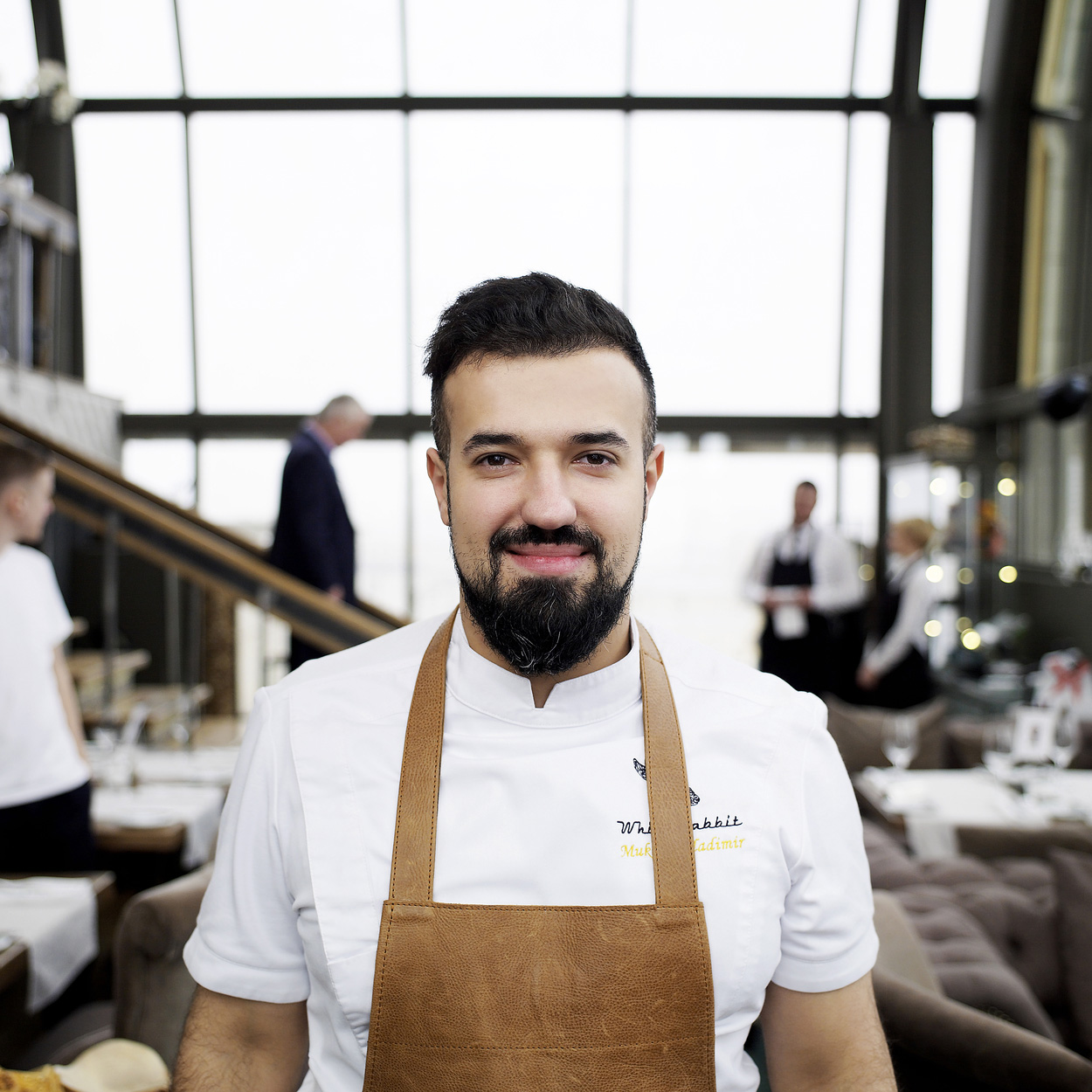 Not only known for his use of local, seasonal and unique products, Vladimir is also highly regarded for his charm, charisma and creativity within the culinary arts. Chef Mukhin likes to open every season with a new tasting menu that demonstrates his distinctive style of fusing traditional recipes with modern flavour combinations. His finely designed menus and exciting use of lesser-known Russian products makes his cuisine truly exciting. Delicacies that have been introduced through these menu’s include Black sea oysters, rapa whelk from Yalta and Crimean truffle, all of which showcase contemporary Russian cuisine at its finest.

The white rabbit itself is something more akin to a fairytale than a restaurant. The setting aptly reflects how this talented young chef has taken gastronomical performances to another level, whilst also remaining true to the classic sophistication and history that shrouds Russian art, literature and history.

There has been an overhaul in the way we look at typical Russian fare and since learning how to appreciate the country’s amazing wealth of natural produce, Russian cuisine is finally getting its own voice.