After Putin closed borders to incoming goods, more than a year ago, Russia made autarchy a gastronomic manifesto. And the embargo has reshaped national cuisine.

Year after year, the world gets to be a smaller place, especially where food is concerned. Nevertheless, there is one country that seems to have kept the rest of the culinary world beyond national borders, making autarchy its gastronomic manifesto: for more than one year now, Russia has been enforcing counter-sanctions against imported products and Vladimir Putin has closed national borders to incoming goods and to outgoing rubles. But the embargo is not just restricted to supplies: it has now become a mindset.

It cannot be said that the Russian food import ban on foie gras, Parmesan and other luxurious European delicacies has actually affected the majority of customers or restaurateurs. What the embargo has done is to change the cultural bond all Russians have with their own culinary tradition and local products. The French chef Pierre Gagnaire has closed his Les Menus restaurant in Moscow, owing to a lack of essential ingredients and wealthy clients. Italian restaurants remove mozzarella from the menus, eek out their provisions and, in order to import, use the stratagem of Belarus, the nation acting as a go-between with its open border with Russia. 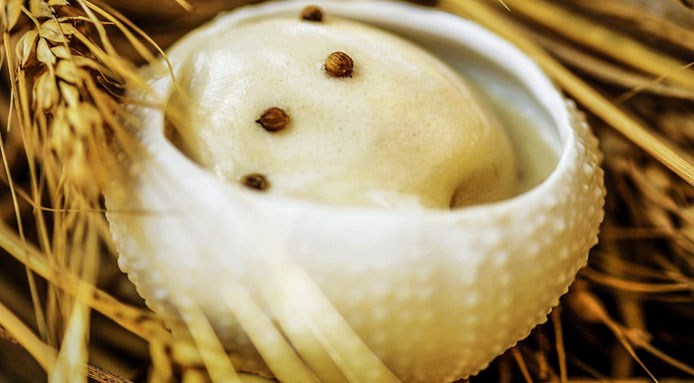 The chefs formerly focused on international cuisine have now fallen back on a sort of research activity or, rather, the rediscovery of long-forgotten culinary traditions. But the most remarkable aspect of all is the fact that, from hash houses to household kitchens, a new national pride has come to the fore, in the form of granny recipes such as borsch, kasha or shchi, which had been ousted by pasta and hamburgers. The Russians have gone back to eating Russian food, more from choice than necessity.

The Strange Delightful Renaissance of Moscow Cuisine as Newsweek calls it, has brought about a “hipster-driven artisanal revolution that has made Moscow one of the most interesting culinary capitals of Europe”. There is now talk of a New Russian Cuisine, very similar to the wave that gave a new lease of life to North European cuisine one decade ago. Foreign products have left a space that has now been occupied by the regions of the great Mother Russia, with a vast variety of products only a continent can offer. And not only to replace whatever came from abroad with more or less successful imitations, but to valorise local production.

Today’s challenge consists in producing enough to be self-sufficient and to start focusing on quality by learning from the century-old experience of neighbouring European countries. The road will be a long and tortuous one but, in just a few months, it has yielded the first fruits. Some operators are already committed to the task, such as the organic farming cooperative society Lavka Lavka which has opened stores in Moscow and St. Petersburg, promoting the kilometre zero movement and local producers. Argentine meat has been replaced by Bryansk and Voronezh, French cheese by those of Caucasus, and trendy restaurants serve soups and stews – traditional flavours married to innovative techniques. 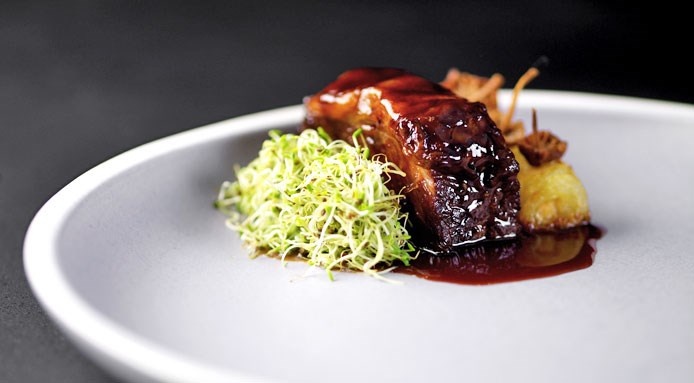 One of the first chefs to interpret this new wave, chef Vladimir Mukhin of the White Rabbitrestaurant in Moscow (highest new entry on the 2015 World's 50 Best Restaurants, at number 23), and a forerunner of the return to roots trend long before the embargo. “I am a fifth generation chef, Russian cuisine is in my blood. I am inspired by local products, many of which are unknown abroad, as well as our native cooking techniques – “langour” (a way of cooking in the Russian oven), fish drying, salting, soaking”.

His dishes feature ingredients that spring from research in all regions of the country, products of ancient origin yet combined and cooked according to modern criteria. Fish from the Caspian and Black Seas, typical pairings such as duck and apple, pickles, humble flours, as well as porridge made from cereals, all of which start out from traditional soups like shchi or pohmelka to become haute cuisine. “I mix my Russian family's gastronomic traditions with modern technologies. As a result we get a new Russian cuisine – he explains, by serving Russian cuisine on a par with great international cuisines – Traditions are eternal, innovations are endless”.